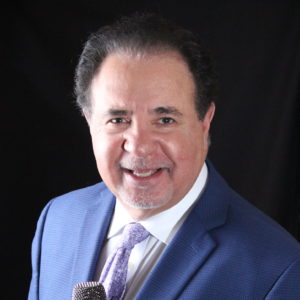 “ED” is a native of Tampa, Florida and is a Diplomat of the American Orthodontics Society. In 1998-99 he served as its president. He is a Senior Instructor and has lectured to thousands of Pediatric and General Dentist for over 30 years.

“ED” attended Jesuit High School in Tampa and went on to attain his B.S. degree from St. Leo University. He Graduated from University of Louisville School of Dentistry in 1973 and then completed a 2-year residency in Pediatric Dentistry at Children’s Hospital of Philadelphia in 1975. In the years 1974-75 he served as chief resident. He was invited to speak in Europe, Sweden, and Denmark. Upon his return and while still in his residency he contributed a chapter in the “Handbook of Clinical Pedodontics”, published by C.V. Mosby.

In 1975 he started his Pediatric Practice the “Pediatric Dental Center” in Brandon, Florida.

After practicing minor tooth movement for 10 years, he Attended Dr. Bob Gerety’s comprehensive orthodontic course and has included Straight Wire Orthodontics and Functional Orthodontics into his practice ever since.

Together with 10 other of Dr. Gerety’s students he participated in the formation of the Florida Study Club for Growth and Development. This orthodontic study club has been in existence since 1987. In this Study Club and the many other courses, he has attended, he has accumulated more than 3000 hours of continuing orthodontic education.

In 1984 he was honored to be appointed by the Governor of the State of Florida to the Florida State Board of Dentistry. He has also been appointed by Governor Jeb Bush to serve as trustee of Hillsborough Community College and has severed as Chairman of the Board.

In 2012 Dr. Gonzalez was awarded the highest award that can be given by the American Orthodontics Society, “The Michael Moore “Lifetime Achievement award”. Currently he serves as the secretary treasurer of the AOS and is the Executive Director of the AOS board of Diplomates.

“ED” is a national spokesperson for the American Academy of Pediatric Dentistry and has served as chairman of the Public and Professional Relations Committee.

The Pediatric Dental Center was chosen as “Small Business of the Year” by the Chamber of Commerce and has continued to grow and prosper to this day.

“ED’ is an avid boater, fisherman and instrument pilot. He spends quality time with his wife of45 Years, his two children and two grandchildren.